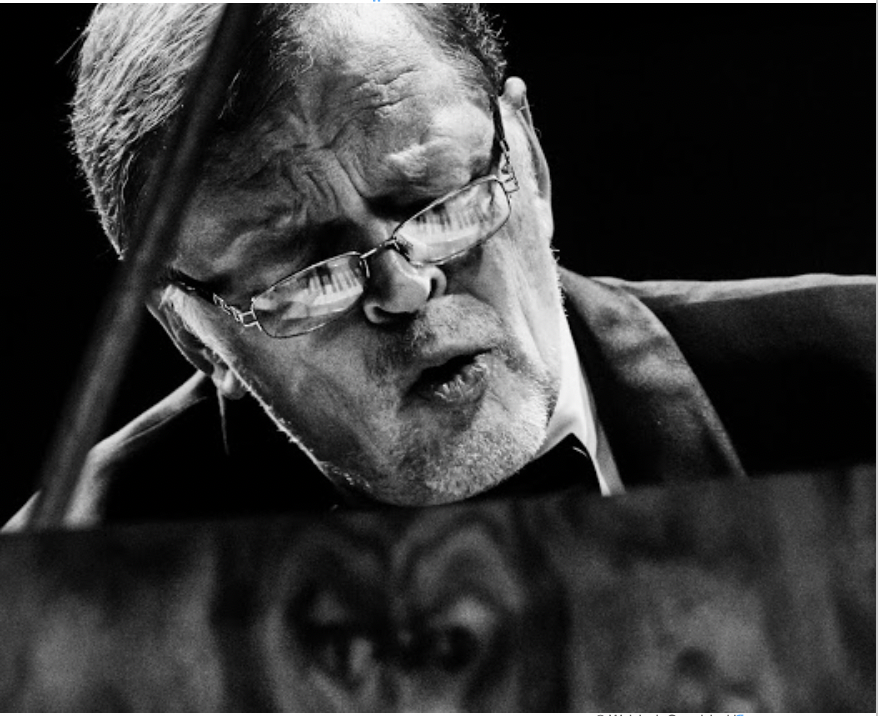 Nikolai Demidenko scarcely needs any introduction as he has extensive worldwide recognition and critical acclaim. His passionate, virtuosic performances and musical individuality have marked him as one of the most extraordinary pianists of our time.

The pianist and scholar Dr. Leslie Howard writes of these works:

The Soirées de Vienne addressed such a real need and an obvious difficulty that their present neglect is quite shameful. Schubert produced several hundreds of short dance pieces for piano, many of them in sets which were possibly intended for continuous dancing or domestic entertainment but which are, because of their individual brevity, the sameness of their length, and their often unvaried tonality, very awkward to programme in concert. […]  No 6 of the Soirées de Vienne was a great favourite in Liszt’s day and was much recorded earlier in the twentieth century.

On the copy of the 1825 Buchholtz piano created by Paul McNulty – Chopin’s favoured Warsaw ‘pantaleon’ or piano – Demidenko created a period feel and atmosphere of some intensity. An imaginative pianist, he extracted a charming tone from the Buchholtz with his refined touch. However from the interpretative point I yearned for more Viennese affectation, charm and gemütlichkeit. These are intangible qualities that come from within and I felt that he was perhaps not quite superficial enough in this enchanting salon work.

I felt Demidenko was far more at home in this profoundly philosophical work. here we have the triumph of expressiveness over technical virtuosity.  The ubiquitous theme of the romantic wanderer’ perambulating through life in a state of lyricism, rudely awakened by grim, even hostile reality. Dreams and reality, imagination and perception. This sonata is one of the three most profound having within the ever-present shade of Beethoven who had died in 1827. Schubert was to die just a few months short of two years later.

Demidenko gave the opening Allegro a suitably majestic tonal world. HoWever although the  cantabile was superb, I was anticipating more tension prefiguring the Andantino. I am always struck how Schubert benefits so greatly from performance on a period instrument, arguably more than an other composer. From the tone and touch he was clearly experienced playing earlier historical instruments. The phrasing again revealed great sensibility and expressiveness using the evocative colour spectrum of the instrument to great effect. He has fine control of touch, tone, dynamics and articulation.

The emotional fulcrum of this great sonata is the Andantino movement in F-sharp minor. We are irritably reminded of songs from Winterreise and the melancholic meditation contained within the cycle. The music of the middle section is of abandoned, mindless and heartless violence that obliterates the surrounding lyricism. Alfred Brendel has made a connection with the tragic painting of Goya, especially The Third of May 1808, where the animalistic violence of the firing squad is ranged against the defenseless ‘soft’ human targets. Demidenko was deeply poetic and introspective here. The tempo was of an ardent nocturne or love song. The hysterically violent section sounded magnificently variegated and fragmented on the Buchholtz.

The two movements that follow this existential exploration of the soul, soften the tragedy although linked symbiotically to it. Demidenko made the Scherzo rhythmically infectious and persuasive with a lyrically reflective central section. The Rondo. Allegretto contained a graceful song. The rhapsodic phrases were deeply felt with much dynamic variation and refined touch and tone. Turbulent emotions erupted on the Buchholtz with a growling vengeance yet the last statement of theme was remarkably innocent in character. The silences Demidenko calculated here were replete with a sense of destiny waiting ominously in the wings.

A formidably expressive account of this late sonata by Schubert which for me simply emphasized the suitability of period instruments for this composer’s characteristically colored  sound palette and timbre.

I felt this to be a remarkably successful and revelatory expressive interpretation of this great work. On the period piano, the temptation to dynamic exaggeration is prevented purely by the design of the instrument itself and its inability to insensitively overwhelm with vast sound capacity. The opening simply set the mood and sound world of the waterscape without a crash into the pier.

Tarantella in A flat major

This was a very spirited performance that had a few solecisms which only proved the quite acceptable human fallibility of this great artist.

A persuasive and poetic view of the work marred just a little by the malaise hinted at above.

Bolero in A minor

A stylish and spirited performance of this rarely performed but rhythmically exciting and youthful work of Chopin. I was so happy he chose it, possibly my favourite early Chopin piece. He seemed happy with it too and really enjoyed playing it. The bolero was originally a lively Spanish dance in triple metre originating in the 18th century and popular in the 19th. It bears a resemblance to the polonaise which is perhaps why Chopin wrote one.

Polonaise-Fantasy in A flat major

This work in the so-called ‘late style’ of the composer was written during a period of great suffering and unhappiness. He labored incessantly over its composition and what emerged is one of his most complex works in his oeuvre both pianistically and emotionally.

I found Demidenko’s interpretation of this late, supremely difficult work individual, poetic and profound. On the Buchholtz, Demidenko reduced the dynamic range which, together with his musically penetrating phrasing, allowed the work to develop into an internal meditation and a haunting search for certainty in our tenuous hold on life. So much emotion was expressed here in a chiaroscuro range of moods and colours, it was overwhelming for me. An absolutely unique and convincing vision of the work.